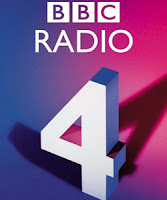 On 21 and 28 June at 8pm, BBC Radio 4 will broadcast a two part programme where Eddie Mair investigates the attitude and policy of the armed services towards homosexuality over the last 60 years.

Part One (21 June)
The laissez-faire attitude during the Second World War quickly gave way to an anti-gay crackdown, despite the liberalisation of social attitudes leading up to the Sexual Offences Act of 1967.

Part Two (28 June)
The gulf between civil and military law existed for 33 years between 1967 and 2000. Why did the armed services maintain a ban on homosexuality for so long?

The programme will be available on Listen Again here.