True Colours – Trailblazing Transgender Visibility in the British Armed Forces Transgender Day of Visibility (TDOV) takes place annually, on 31st March, to celebrate the achievements of trans people across the globe, by making them visible, and heard. I first became visible in 1998, when I finally became strong enough to live my true life […] 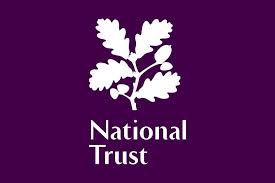 True Colours is the upcoming autobiography of Caroline Paige, who, in 1999, became the first officer to transition gender within the British Armed Forces. During her subsequent sixteen years of service, as a female navigator flying Battlefield Helicopters, she completed a total of ten frontline-duty tours, flying in some of the most dangerous skies in […]

The LGBT History Month Launch is a November tradition in the Diversity Calendar and it’s always held in a prestigious venue, but with 2017 being the 50th anniversary of the 1967 Sexual Offences Act we took it up a notch and held it in the Speaker’s Chamber at the Houses of Parliament. As guests of […]

In February of 2015 we held the first National Festival of LGBT History and the second What is LGBT History and How to Do It conference in Manchester. There were many highlights as we had over 80 presentations in the People’s National History Museum and the new Manchester Central Library. The academic conference had 100 […]

TranzWiki.net (http://www.tranzwiki.net/) is a comprehensive directory of the groups supporting, assisting, and campaigning  on behalf of transgender people and their families across the UK. It has been developed by GIRES (http://www.gires.org.uk/) to support the trans community and welcomes contributions to keep it up-to-date. People have many reasons for contacting support groups. Some of them may […]

It was George Santayana who first coined the phrase that “those who fail to learn from history are doomed to repeat it”. As a successful campaigner I have always taken those words to heart. At the very beginning of my campaigning career I saw it as a responsibility of mine to learn about the history […]

A new pdf is available for teachers and schools promoting trans teachers. The short document is a collection of soundbites telling people what the trans community has to contribute to a school. It is released to coincide with Trans Day of Remembrance (TDOR) 2014 The transgender community is massively under-represented in the teaching profession and, […]

Call The (Gender) Police! – Brynn Tannehill, Director of Advocacy with SPART*A writes for Huffington Post: ‘Even people who should know better police gender and define what is masculine and feminine enough. There are still therapists out there who won’t give recommendation letters for HRT to transgender women unless they show up to every appointment in a dress and heels’.

Gendered Intelligence launches new showcase at the Science Museum,‘What makes your gender?’ – Throughout LGBT History Month this February and continuing into April 2014, the Science Museum will showcase a new display that asks its audience: What makes up your gender? The display, which can be seen in the Who am I? Gallery, aims to demonstrate a shift away from seeing gender simply as a boy/girl binary towards viewing gender as something much more dynamic.