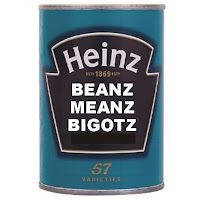 Last week, the American food company Heinz decide to pull one of its adverts from the UK television screens after receiving complaints about its content.
“It is our policy to listen to consumers. We recognise that some consumers raised concerns over the content of the ad and this prompted our decision to withdraw it. The advertisement, part of a short-run campaign, was intended to be humorous and we apologize to anyone who felt offended,” said Nigel Dickie, Director of Corporate Affairs for Heinz UK.
The advert shows a family in the throws of getting ready in the morning. Mum is in the kitchen, preparing sandwiches for the rest of the family, using the new Heinz mayonnaise. And because the mayo is so wonderful, Mum has been turned into a male New York deli chef. This visual metaphor does not stop Dad from giving Mum a peck on the lips when he leaves the house. You can view the advert below.

Within a week of the advert being broadcast, 200 people had contacted Heinz and or the Advertising Standards Agency to complain about this so-called “gay kiss”, saying how outraged they were that homosexual behaviour should be shown on daytime television, apparently forcing these same people to, shock, horror, explain that, yes, dear, there are homosexual relationships in this world. There are suspicions that the campaigns against the advert was started from outside the UK by the notoriously homophobic pressure group, American Family Association.
Heinz’s knee-jerk reaction has provoked much discussion in the media, Stonewall has called for a boycott of Heinz products, MPs have signed an Early Day Motion tabled by Diane Abbott for Heinz to reconsider their decision and Nick Clegg, Leader of the Lib Dems, has written to Heinz to express his disappointment. Meanwhile an online petition against Heinz’s decision has gathered over 10,000 signatures in less than a week.
Commercial Closet, which provides a global ad library, is also a good resource for those interested in the depiction of LGBT people in advertising.
The picture above appeared on a Facebook group boasting over 4000 members and calling for boycott of Heinz until they reinstate the advert”.