>At the end the month, Channel 4 will broadcast four programmes marking the 40th anniversary of the partial decriminalisation of sexual acts between men. The exact date for the anniversary is the 28 July. 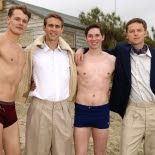 (previously known as “The Lord Montagu Trial” and “The Last Gay Trial”) In January 1954, Lord Montagu of Beaulieu, a 28-year-old aristocratic socialite, and his friend, Peter Wildeblood, the newly-appointed diplomatic correspondent of The Daily Mail, were arrested after a concerted effort by the police to ensnare them for homosexual offences. It was a case that scandalised high society, electrified the nation and changed the course of British history.

At the time, homosexual acts, even if conducted in private, could lead to lengthy jail sentences; men were persecuted by the police, hounded by the press and faced the threat of blackmail by unscrupulous sexual partners. Amid the paranoia of the Cold War, as many as 1000 gay men were locked up in Britain’s prisons every year.

Mixing drama with documentary testimony, this film tells the story of gay life in 1950s Britain. Wildeblood subsequently caused a media sensation by publicly admitting his homosexuality in court. The authorities had got their men, but their prosecution provoked a great wave of sympathy from press and public alike in urban and metropolitan Britain. The trial led to the Wolfenden Committee and its landmark recommendations for the decriminalisation of homosexuality in Britain. 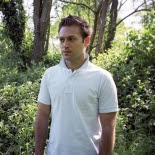 Clapham Junction is a powerful new single drama by acclaimed playwright Kevin Elyot, to be broadcast on Channel 4 as part of a season to mark the 40th anniversary of the decriminalisation of homosexuality in England and Wales.

Starring Paul Nicholls, Rupert Graves, Samantha Bond and James Wilby, Clapham Junction weaves five separate stories into the fabric of modern day London. From school and work, to bars and clubs, it follows the mixed experiences of several gay men whose lives interconnect over 36 hours during a hot summer in the capital.

When a middle class dinner party is interrupted by the arrival of police to investigate a reported attack on Clapham Common, the guests are drawn together with devastating effect.

Elyot is best known as the author of the ground-breaking 1994 play My Night with Reg, which was one of the first productions to successfully (and wittily) engage audiences with the growth of HIV and AIDS in the UK, and which won him an Olivier award.

In 1967 the Homosexual Reform Act was passed, decriminalising homosexual acts in private between two adult men aged 21 and over.

Forty years later, as part of a season to mark this anniversary, How Gay Sex Changed the World charts the incredible journey of gay men over the last four decades, from the moment of legality all the way to wider social acceptance and a greater sexual entitlement than ever known before. As gay men have grown more confident, this sexual revolution has been at the forefront of a wider movement towards sexual freedom and expression, trail blazing through stuffy British conformity and pushing the boundaries of what adults feel free to do.

The journey has been signposted by numerous cross-cultural moments: the first Gay Pride march, the opening of Heaven nightclub, Frankie Goes to Hollywood, Queer as Folk, the emergence of the Gay Village, to name but a few, and the landmark introduction of civil partnerships into law.

Gay celebrities including David Furnish, Simon Callow, Jimmy Somerville and Lord Chris Smith recount their own highly personal accounts of the changing face of gay life over the past four decades and the effect this has on the whole of our society. 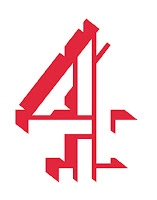 Before the legalisation of homosexuality in 1967, gay men in Britain often faced stark choices about their lives and sexuality. Queer as Old Folk explores the present-day lives and relationships of several gay men who came of age when homosexuality was still illegal, and who are now growing old disgracefully.

58-year-old Clive entered a fundamentalist Christian marriage to subdue his homosexual urges. He’s still married, although he came out 18 months ago. He’s now a sexual teenager: using Gaydar, cruising saunas and having sex with numerous young men a week. Right now he has six boyfriends on the go, but he still lives with his wife.

73-year-old Alan came out in his teens, long before homosexuality was legal. But his mum said it was okay as long as he was in love, and didn’t kiss them. So he’s stayed in a monogamous relationship with Jimmy for the last 45 years – and hasn’t kissed him. Now the law has changed, he’s planning to marry Jimmy in six weeks’ time.

All of these men made choices about their sex lives and sexual identities pre-legalisation, and 40 years later, they’re still living with the consequences of these choices – and sometimes exploring whether they did indeed make the right decisions after all.

Screening times and dates have now been added. orginally posted on 3 July