LGBT History Month in the UK would not be possible without the hard work of our fabulous team. See ‘who does what’ below.

Sue Sanders (not Saunders) is Chair of charity Schools OUT UK. LGBT+ History Month  was co founded by her and Paul Patrick  in 2004. A couple of years later she gave birth to The Classroom, the website that Usualises LGBT issues and people across the curriculum for all ages, it currently has over 80 lesson plans and growing, now in partnership with the Proud Trust.

She trained as a drama teacher and has taught in schools and universities in the UK and Australia. She has run theatres, directed plays,  published work on equalities, assertiveness, tackling homophobia as well as poetry and short stories. She has delivered a multitude of  trainings on equality, diversity, LGBT awareness etc to schools, local authorities, universities, the Criminal Justice system, unions etc.

Sue was instrumental in setting up the first LGBT Independent Advisory Group to Scotland Yard in 2000. She has served on many advisory boards in the criminal justice system raising LGBT issues as well as ensuring there is an understanding of the inter-relation of all the discriminated groups.

Sue has been the recipient of many awards over the years, In February 2015 she received an Emeritus Professorship from the Harvey Milk School, and in 2019 she was awarded the Lifetime Achievement awards from the Rainbow Honours Board.

Tony Fenwick, who we lost to cancer in July 2020, joined Schools OUT (now Schools OUT United Kingdom) in 1995  before eventually getting to run the show. When wasn’t doing that he taught in Hertfordshire.

Tony taught in English in schools and was a peripatetic teacher for sick and needy children for most of his life. He was very active in the teachers’ unions and was a representative of his district at the National Union of Teachers’ (now the NEU) full conference for many years. His contributions to the unions were much celebrated.

Tony became the CEO of Schools OUT UK after the death of History Month co-founder Paul Patrick in 2008. Tony was awarded an MBE at the request of the Department for Education for services to equality in education in 2016.
Tony was a very active member of many teachers unions over the years, including: the National Education Union, (NEU), Eastern Region NOF and as the NEU Equalities Officer, Luton Division.

Tony said, “I am delighted and honoured to receive an MBE but I regard it as an award for all of us at Schools OUT UK who work as volunteers and give up our valuable time to make things happen.
“I have accepted the MBE as an acknowledgement that our work in education is being valued and that our work for schools is making an impact. But I also hope to use the gong to lobby parliament to encourage the nations of the Commonwealth to get rid of the Empire’s outdated legislation and legalise same sex relations throughout their lands.”

Steve Boyce, who stepped down as Chair of Trustees in October 2020, has been involved since the very earliest of days. Steve qualified as a teacher in 1989 from the University of Leicester and worked for many years in inner city Primary schools; becoming a very successful Head Teacher. He was a member of the NUT for over 25 years; he served on the NUT LGBT Advisory Committee. In 2007 Steve and his partner moved to Norfolk and became a Prison Education Manager. He became a member of UCU and represented LGBT members in FE on the National Executive. He is a committed activist for LGBT and equality issues. He lives with his partner John in Norfolk. They have 13 grandsons, 1 granddaughter, a great grandson and a great granddaughter!

Steve is now enjoying an active retirement and is Branch Secretary to his local retired members branch and assists young people as an appropriate adult at police interviews, as well as training and talking about equalities and LGBT+.

Andrew is responsible for all our posters, leaflets, press releases and the Bulletin. He also writes the occasional article on our behalf. He organised the November 2014 Launch for HM2015 – ‘History – Coded Lives’.

Like most of the committee, he was a teacher, putting in thirteen years at the chalk-face and taught English, History, Sociology and spent three years teaching at Key Stage 2.

In that time, and like all of the committee, he witnessed and received homophobia in varying degrees of nastiness. That was also how he learned his favourite word ‘verisimilitude’.

He was once called an intellectual, but as that was in Britain it probably wasn’t meant as a compliment. Neither is the fact he lives in Luton.

Seth Atkin (there’s no ‘s’ on the end) has been with Schools OUT for a long time. He is a lecturer in Birmingham and is active in the Universities and Colleges Union (UCU) where he also plays an international role.   He organised and realised the new TUC/Schools OUT UK LGBT timeline

Beth designed and redeveloped the LGBT+ History Month website launched in January 2020. She is responsible for keeping the LGBT+ HM, The Classroom, and Schools OUT websites up to date and running. In her day job she works for a the University of Huddersfield in Learning Technology. 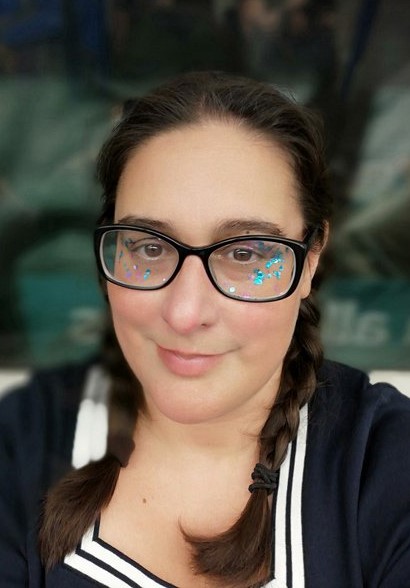 Lynne is a long-standing London housing sector professional, and heads up Regional Service Charges and Section 20 at Clarion Housing Group. She is an active board member for Watmos Housing Association a resident led Housing Association.
She has won awards for her management of people and processes, and the LGBT+ network she co-chairs have been highly commended by Stonewall and gained a certificate of excellence at the Inclusive Companies Awards 2019.
Lynne is a passionate LGBT+ activist,  and has chaired the Pink Singers –  the longest-running LGBT choir in Europe. She has been involved in HouseProud (the UK network for LGBT+ Staff working in social housing) from its inception, taking on a variety of roles, including co-chair and is currently HouseProud’s Events Officer.

​Lynne has masterminded the HouseProud London Pride presence over many years, organising a vast number of housing staff and residents from organisations across the UK to march together each year and alongside Pamela Sinnott founded HouseProud’s bi-annual conference.

She is passionate about inclusive education and is a trustee for Schools Out and a speaker Diversity Role Models on bisexuality and faith.

Maisie is Communications Co-ordinator for Schools OUT UK, a job title she made up herself. Her duties include running social media accounts, producing press releases and anything technology related that scares the other members of the committee. Aside from that, she is a freelance writer based in Manchester and can often be found on Canal Street.

Kate Hutchinson is the regional coordinator for LGBT+ anti bullying charity Diversity Role Models as well as working as a Youth Support Worker for Viva LGBT+ in North Wales. She has written guidance for national teaching unions on trans inclusion within schools. She volunteers and works with a number of LGBT+ and youth charities including All About Trans, Youth Cymru, Training In Mind, Pride Cymru, Chester Pride and has been part of the Schools OUT committee for a number of years.

Kate was recently included in the 2019 Pinc List which lists influential LGBT+ voices within Wales.

Adam Lowe (he/him, mostly) is a writer, performer, publisher and lecturer from Leeds, currently living in Manchester. He is currently LGBT+ History Month Poet Laureate and his work explores the intersections of Blackness, queerness and disability. Adam previously edited OUTburst: Schools OUT UK’s Official Guide to LGBT History Month, our print magazine. He founded and is co-director of Young Enigma, a professional development programme for young and emerging writers, and supports artists of colour in Greater Manchester through the Slate initiative, founded by Eclipse Theatre and housed by HOMEmcr. He also founded LGBT lifestyle publication Vada Magazine, and runs Dog Horn Publishing. He lectures at the University of Leeds, and has worked with English PEN, The Poetry School and the British Council. He also sometimes performs as his alter ego, Beyonce Holes.

Abtin joined School’s Out in 2020 to help students feel supported, visible and represented. This has been a passion point for him since leaving school. He is now an Anaesthetist working for the NHS in London and he has been using his position to advise NHS Trusts and other health organisations about LGBT+ issues. In particular, Abtin is helping them prepare for next year’s LGBT+ History Month theme ‘Body, Mind, Spirit‘, using his own knowledge and experience in healthcare. When he’s not in his scrubs, you might find him singing Jazz standards and Pop divas by the piano.