By
Andrew
Posted in
2020, Obituary 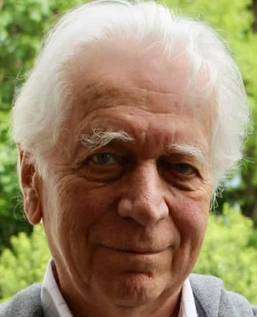 My friend David Mitchell, who has died aged 89 of Covid-19, was a music teacher, artist and activist and a champion of LGBTQ rights, disability rights and the rights of older people.

Born in London to Harry Mitchell, a publican, antiques dealer and bit-part actor, and his wife, Edith, David attended King Alfred’s school, Hampstead. During the post-second world war conscription years he became a conscientious objector, working as an orderly at Manor House hospital, Golders Green. He studied anthropology at the London School of Economics and then music at Goldsmiths College.

He then worked in bookshops and art galleries before teaching music at London schools. In 1973 he became head of music at St Christopher’s school, Hampstead, where he remained for 22 years. Hewas greatly admired by his colleagues and loved by the students.

When he retired from teaching in 1995, he reinvented himself as an artist printmaker, had several private exhibitions and participated annually in the Small Publishers Fair at Conway Hall, in London, where his delicate, subtle works were greatly appreciated.

From an early age, David had campaigned against nuclear weapons and for gay rights – long before it was widely socially acceptable to do so. He was a strong believer in acting on your conscience and did so joyfully and with good humour.

Later in life, he was a volunteer for issues related to ageing. He helped organise company for lonely older gay men and lesbians, was a trustee/director of various Age UK Camden initiatives, including supporting those receiving social care, and advised the Royal Free hospital in London about the treatment of older people. David received numerous awards for his volunteer work, including the Age UK Ambassador award in 2015 and the Charity Staff Trustee of the Year award in 2016.

David met his life partner, David Hass, a writer and psychotherapist, on an anti-war march during the Cuban missile crisis in 1962 – where I met him also, as a 13-year-old demonstrator myself. The Davids shared their interests, curiosity and a generous appreciation of others. Together they demonstrated how vibrant and inclusive a committed relationship can be.

He is survived by David and by his nephews and niece, Dan, Michael and Jess.