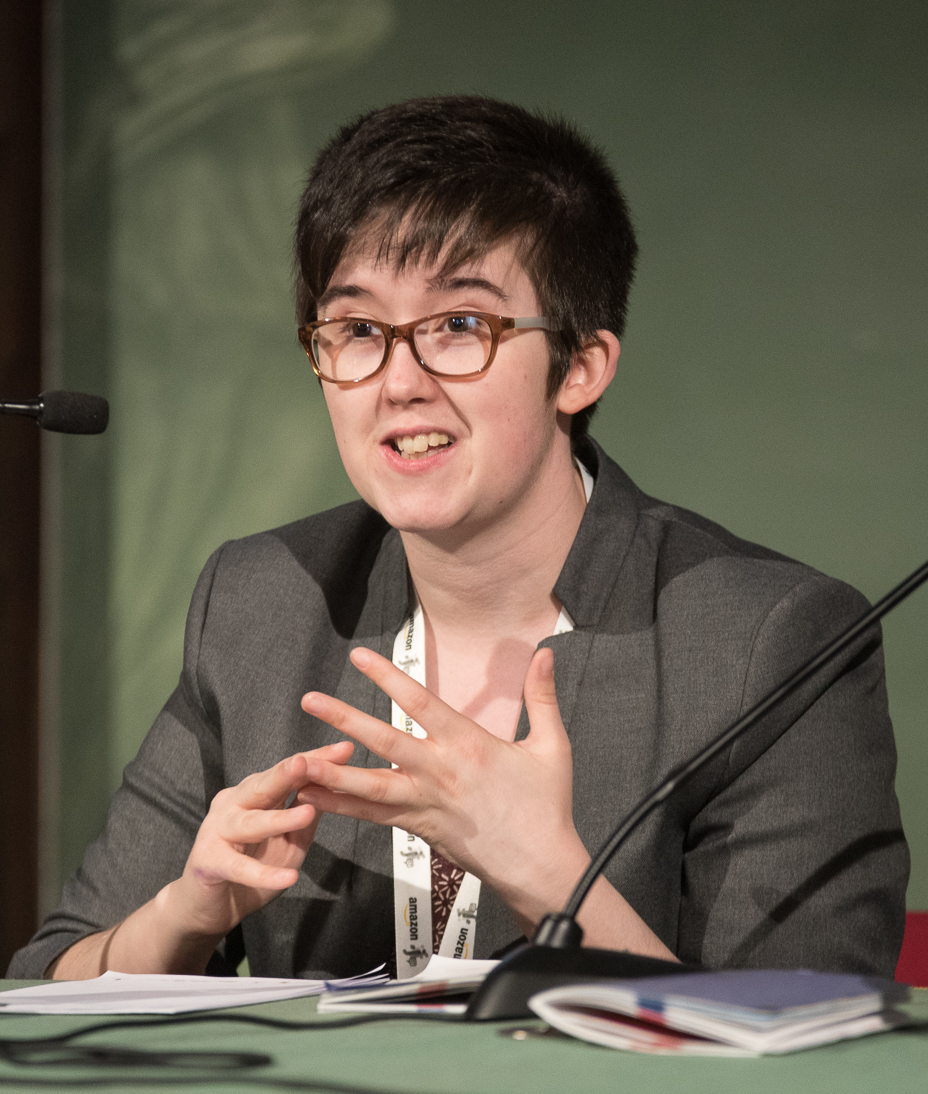 Police in Northern Ireland have arrested two teenagers in connection with the killing of the journalist Lyra McKee in Derry.
The suspects, aged 18 and 19, were detained under anti-terrorism legislation and taken to a police station in Belfast for questioning, the Police Service of Northern Ireland said in a statement on Saturday morning.
The arrests followed the release of security camera footage that showed a masked person apparently shooting in the direction of police Land Rovers during rioting in the Creggan area of Derry on Thursday night. Around 50 petrol bombs were thrown during the riot and two cars were burned out.
McKee, 29, was standing with other civilians near the police vehicles when she was shot. Another person appeared to collect something, thought to be shell casings, from the ground. Additional footage from a mobile phone showed the alleged killer leaning out from behind cover and appearing to shoot.
Police released the footage in hope that the public would help identify the killer.
Further vigils for McKee were due to be held across Northern Ireland on Saturday, including in Belfast and Omagh, as tributes to her work and condemnation of her murder continued.
The former US president Bill Clinton tweeted: “Heartbroken by the murder of Lyra McKee and the violence in Derry. The challenges in NI today are real – but we cannot let go of the last 21 years of hard-won peace and progress. This tragedy is a reminder of how much everyone has to lose if we do.”
The two suspects were yet to be born when Clinton helped shepherd the Good Friday agreement to fruition in 1998, drawing a line under the Troubles.
Stephen Mallett, a community leader in Creggan, said veteran republicans disenchanted with the peace process had been recruiting young men with poor educations and job prospects. Government austerity measures and aggressive policing had compounded social exclusion, he said, making it easier for the New IRA and its supporters in the political party Saoradh to find recruits.
“Young people were rallying to their cause,” he said. However, McKee’s killing had united the community against the dissidents. “Now they’re dead in the water. They’ll get no quarter from anybody.”
Amid concern about the possibile escalation of tensions, the leaders of Northern Ireland’s six main political parties said on Friday they were “united in rejecting those responsible for this heinous crime”.
In a rare joint statement, issued exactly 21 years after the Good Friday agreement, they said: “Lyra’s murder was also an attack on all the people of this community, an attack on the peace and democratic processes.” It added: “This is a time for calm heads.”
McKee, an author and journalist who had written for the Atlantic and BuzzFeed, moved to Derry last year to live with her partner, Sara Canning.
In 2016, Forbes Magazine named her one of their 30 under 30 in media. The publisher Faber had signed her up to write two books. The first, The Lost Boys, was due to be published next year. It focused on the unsolved disappearances of children and young men during the Troubles.
(From ‘The Guardian’ Saturday 20th April 2019)

The Guardian view on Lyra McKee’s murder –
She should have been the future:
https://www.theguardian.com/commentisfree/2019/apr/19/the-guardian-view-on-lyra-mckees-murder-she-should-have-been-the-future?CMP=Share_AndroidApp_Gmail